He has abolished the law with its commandments and ordinances, that he might create in himself one new humanity in place of the two…Ephesians 2:15

Just a few weeks ago we celebrated the birth of our country and the signing of the Declaration of Independence on July 4, 1776. The original intent of the declaration was to provide a framework; a set of laws that would ensure that the government of the United States would be just and would protect its citizens from within and without throughout its history. It held the hopes and dreams of those early fathers and set forth a set of truths "that all men are created equal, that they are endowed by their Creator with certain unalienable Rights, that among these are Life, Liberty and the pursuit of Happiness.”

Likewise, the laws of the Old Testament were intended for the livelihood and well-being of creation.  According to N.T. Wright, they were not intended to portray "a celestial tyrant imposing his will on an unwilling world and unwilling human beings, cramping their style, squashing their individuality and their very humanness, requiring them to conform to arbitrary and hurtful laws and threatening them with dire consequences if they resist.”  Rather they were intended to bring us into a deeper relationship with a loving God and one another.  Jesus said that all the Law could be summed up in these two:  love God and love neighbor.

Prayer:  Loving God, help us to make wise choices today that reflect the love and freedom you give.  Amen. 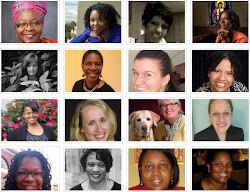